Finding yourself in possession of a criminal record can affect your life in lots of ways, but none will hit home as much as the impact it can have on your relationships with your children. This is particularly the case if you are currently going through a separation with a partner, which puts child custody into question. Here, we look at how your record can affect custody arrangements and how to minimise the impact it has on your children.

The term ‘criminal record’ carries certain assumptions with it, and for children it can be difficult to build a realistic view that isn’t tarnished by pre-judgements. It is important to explain exactly how you earned a criminal record in order to reassure them that you are still a dependable caregiver. If you don’t agree with the charges against you, attempting to get a pardon can prove to them that it may not be as black and white as it seems. Pardons Canada way are available and pardons in most states in America, as well as in Europe if that is where you are based, so research local providers and start to build your claim.

If you are going through a separation or divorce, the possibility of losing custody of children can force both sides to act irrationally and having a criminal record could be used as a tool against you by your ex-partner. This is another reason why it is so important to be honest with your children so that they can come to their own conclusions.

When it comes to a custody battle, the nature of the crime you have committed will have a serious impact on the outcome. If there is a victim, their age and other characteristics will be taken into question, for example, if the victim is a child there is a chance that you could lose custody entirely. The nature of the crime, for example an act of aggression, could also lend itself to the argument that you unfit to care for children.

The existence of multiple convictions could invalidate any counter arguments you have against the idea of you being an irresponsible parent, as it they act as evidence that you have no remorse over the crimes you have committed.

A criminal record can lead to a number of other challenges, for example you might struggle to find work. This can affect your ability to provide adequate care for your children, which in a court of law will be taken into consideration. Furthermore, you will find it difficult to take out loans or be considered for financial agreements such as rental contracts. This could make it difficult for you to provide accommodation.

There are ways around this though, such as becoming self-employed, so you will need to pull out all the stops to prove that you are willing to overcome these challenges in order to remain a responsible parent to your children. There are many irresponsible parents out there, who’s approach doesn’t come close to your own, so don’t give up on trying to prove yourself.

Criminal records can jeopardise your position as a parent, but it is not a one-way ticket to losing your children. It is important to fight for custody using the nature of your crime to your advantage, as well as reassuring your children that a criminal record does not necessarily mean that you are a danger to them. Overcoming the various new obstacles in your way will prove to them that they are your priority and your main motivation. 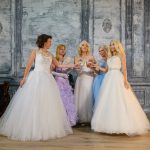 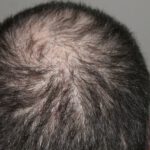 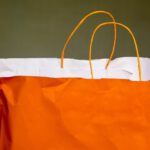