In the Indian subcontinent, the war on plastics rages on with the countries rampant plastic pollution causing damage to the environment and degradation to urban environments. Part of the solution proposed by the government has been the increased use of one of India’s most popular exports, Jute.

The production of organic jute bags in the country has stepped up in recent years with over 78 jute mills operating nationwide.

What are organic jute bags?

For those that don’t know, jute is a water-fed crop that in most instances is naturally organic due to the production methods used. Mills that provide organic jute bags will use natural sources of water (like rain) and completely avoid the use of pesticides and growth enhancers. India

The inherent strength of the fibres is one of the reasons why they make great organic bags. With a good set of handles, a standard organic jute bag can hold up to four times as much as a regular plastic bag without fraying and wear.

Why is India Focusing on this organic bag?

When it comes to plastic pollution India is up there with the big hitters. The country as a whole produces 26,000 tonnes of plastic waste per day which by in large ends up in the landfill.

Part of the reason why India has an issue with plastic pollution is the turbulent weather the country sometimes experiences. Monsoons and storms frequently cause waste to be scattered around the landscape which impacts on wildlife and human populations.

This is where ‘bag for life’ organic jute bags come in. The increase in production means there is a surplus that is now being distributed to the public. Recently a policy has been introduced encouraging the ‘mandatory use’ organic jute bags.

The change will benefit both jute manufacturers in the region and worldwide in addition to local organic jute farmers. The move has fortified the anti-dumping duty used on imported jute products from Bangladesh and Nepal.

Whilst India is a big producer and consumer of jute, the organic material is also used in more developed countries in the western world. The United Kingdom and other countries within Europe have a range of expert organic bag manufactures meeting the growing global demand for jute products. 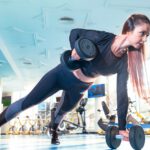 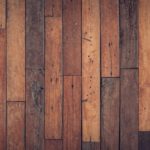 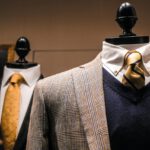 What to consider when creating custom ties