Are you considering immigrating to the USA in the future? Or, do you need a work permit renewed? Or, are you perhaps fighting deportation?

The Trump administration and the immigration law

The vagaries of the Trump administration’s attitude to immigrants, green card applications, work permits, and refugee applications has dramatically increased the numbers of people seeking help from legal bodies, both professional and NGOs.

The Trump administration has repeatedly made sweeping changes to the US immigration laws. In fact, from a bystander’s point of view, it could be said that one of Trump’s recurring themes from his election promises through to today is his determination to prevent immigrants, migrant workers, people needing work permits, as well as asylum seekers from entering the USA.

By way of expanding on this statement, with the sole intention of providing the raison d’etre for the need to hire an immigration attorney like the Boston immigration lawyer.

A trademark promise of his original election campaign was to build a wall on the US-Mexico border to keep all immigrants out. He also promised to force Mexico to pay for the wall. His election campaign rhetoric is summarized in the following statement he wrote:

“The Mexican Government is forcing their most unwanted people into the United States. They are, in many cases, criminals, drug dealers, rapists, etc.”

Finally, “a study published in Social Science Quarterly in May 2016 tested Trump’s claim that immigrants are responsible for higher levels of violent and drug-related crime in the United States.”

As expected, it found “no evidence that links Mexican or illegal/undocumented Mexican immigrants specifically to violent or drug-related crime.”

Another enduring theme from Trump’s presidential election campaign is the ban on all visitors entering the USA from Muslim-majority countries. He signed an executive order (number 13769) on 28 January 2017, stating that all immigrants from seven Muslim-majority countries, Syria, Somalia, Iran, Iraq, Libya, Sudan, and Yemen were banned from entering the USA for 90 days from the date of this order. except for all Syrian refugees were banned indefinitely.

While many countries locked down their borders to prevent the rapid spread of the COVID-19 virus, President Donald Trump is one of the only world leaders who has publicly described the coronavirus as “Kung Flu,” or the “China plague”, both racist terms that are highly offensive.

Grace Panetta, in her article published on Businessinsider.com, notes that “while Trump is projecting optimistic messaging about the pandemic and is lauding his own administration’s response, several states — including Oklahoma — are seeing cases, positive test rates, and hospitalizations from COVID-19 increase.”

Not only are these travel bans for visitors from their respective countries, but they also prevent residents with existing work permits from returning to the USA if they were outside of the US when these bans were implemented. And, the only way to gain entry into the US is to take the federal government to court; hence, the need to retain an immigration attorney. 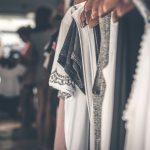 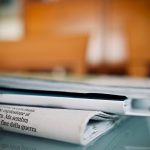 The latest news in the world of paper bags 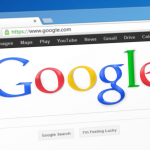