Regimental ties originated in Great Britain. British soldiers used their regiments’ colours on flags and pieces of silk to help identify themselves in battle and to establish rank and classification within their regiment. When these soldiers were not in service they continued to wear their regimental colours on their neckties; wearing such ties brought men status and identity.

In recent times regimental ties are best used for more formal occasions; Armistice Day is a particularly significant time for military ties to be worn by servicemen and women. Similarly to regimental ties, cummerbunds are an item closely linked to the British military. These were adopted as an alternative to a waistcoat by British men stationed in India in the 1850s when they saw them being worn by Indian men. In modern times, the cummerbund is used for traditional black-tie events.

Items associated with the military tend to be more than a physical accessory; they carry importance and history.

Members of the British armed forces, and those that served as members in the past, are often greatly respected because of their sacrifice and dedication to protecting our country. Regimental ties are worn as a show of respect.

What better way to show pride in what you do than to wear a tie – neckties have always been seen to represent nobility, honour and order. There’s something very gratifying about seeing military veterans proudly wearing their regimental ties.

Regimental ties are the most well-known traditional British tie. Traditions are an important piece of our culture and are known to provide a sense of belonging and comfort. In the case of regimental ties, they were traditionally worn to represent belonging to a particular regiment at a crucial period in time, it is important for us to remember and appreciate the origin of these unique items.

Regimental ties are much more than a fashion accessory, they hold traditional significance and represent servicemen and women serving now and those that served in the past. Find an expert tie manufacturer and get started with custom-made military ties! 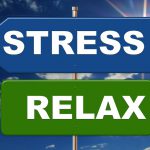 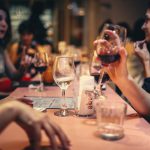 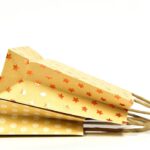 What benefits do laminate paper bags over other types of carrier bags?