Yeah, I’ve come out and said it – I definitely prefer to visit Canada over the United Kingdom, but who can blame me though, given the fact that Canada can probably be seen as a much more progressive and much bigger version of the UK, with its North American twist, of course? There are a number of very distinct reasons why comparing Canada and the UK is a discussion I feel is important to have though, one of which is the fact that a surprising number of travellers often find that they’re made to choose the UK over Canada, based solely on travellers who’ve gone before them.

Sure, the UK has some multi-dimensional beauty of its own, from the green hills and plunging cliffs of the likes of Cornwall to the suggestive red lights of Soho, but the British Isles could never compete with a country landmass the size of Canada in terms of the diversity on offer. You could be in the same country and feel like you’re in a totally different part of the world, all while within Canada.

The great vastness of Canada comes with variety that transcends its beauty, with so many different favourite traveller activities to get lost in. It gets hot enough to enjoy a full day at something like a water park that’s built into a mountain, for instance, while in winter and depending on where you choose to go, you could even bear witness to the famous aurora lights.

In the UK when it’s rainy season then boy, will you know it! That can put a damper on plans you half-heartedly made to start off with, in all respects, because there isn’t much in the way of diversity when it comes to the weather. In Canada, on the other hand, the land is so vast that in one place it could be really hot while in the north it can get icy cold, but either way, it’s not a case of the entire destination leaving visitors and residents at the mercy of the same or similar weather.

In many countries visitors are made to jump through many hoops just to prove that they’re bona fide travellers, perhaps just as somewhat of a show of political power. Canada’s visitor vetting system is to ensure both the visitors and the country as the hosts get a mutually beneficial experience out of their welcoming of the tourists. What lies in wait once you’ve cleared customs will go a long way in ratifying the many reasons why many travellers including me prefer Canada over the UK, anytime.

Not all travellers are pure tourists, with some heading into Canada to explore some business opportunities. The political stability of this country as compared to the current Brexit-saga going on in the UK has many positive knock-on effects to all the dynamics surrounding the running of the country, so you can bet your bottom penny that the tourism landscape is one which offers nothing but great value. 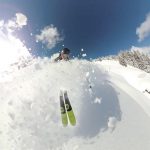 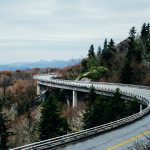 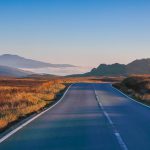 How to be Alert in Today’s Danger-Filled Roads