If you hope to win a settlement following an accident, then you’ll need to prove that it wasn’t your fault. Even if it was blatantly the other person’s fault and you are convinced you were an innocent victim, you will always have at least a small degree of fault to prove.  So, how do you prove that it was the other guy whose negligent actions resulted in the collision? While there are no guarantees, there are a few scenarios that usually work well in your favor if you can prove them.

Here are some of the best tips for increasing the odds of proving your innocence and winning the case.

A lot of people make the mistake of failing to file a police report. Even though it may seem like an extra hassle that you don’t want to deal with, it can be a dealbreaker in your case.

Make sure that you call the police as soon as the accident occurs so that you can use the report when you take legal action. The report may contain critical evidence which supports your claim that you were not at fault. If possible, try to obtain witness statements as well. Without this supporting information, insurance companies are less likely to pay damages.

Prove The Other Party Committed a Traffic Violation

Regardless of how the accident played out, proving the other driver committed a traffic violation will likely work in your favor towards winning. If you’re lucky enough, the officer will have reported any violations made by the other driver in the report.

An attorney who is adept in the knowledge on how to maximize a car settlement, will be able to help you prove that it was, in fact, the other driver whose careless driving, which resulted in the accident. If you’re lucky, this will be backed up by their violation.

In many cases, the insurance companies just want to get the claim settled as quickly as possible, which could work in your favor, while other situations may be more drawn out and harder to prove.

Prove You Were the One Rear-Ended

Proving fault isn’t always black and white. However, in rear-end collisions, the driver in front is supported by the law.

Therefore, if you are the front driver who gets hit from behind, chances are that things will go in your favor. 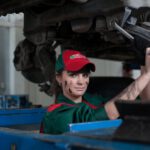 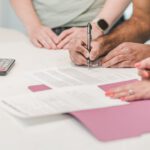 How High Can You Price Your House for Sale 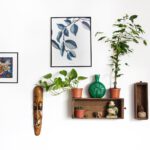