Generally speaking, the further away from your primary residence you seek to travel, the more expensive it may appear to be, but that’s mostly because of the primary mode of transport you’d be seeking to take to get to that chosen destination. You’re likely going to try and fly to get there as quickly as possible, which as you’ll know, usually works out to be the most expensive way to get around.

As a result of places like Bristol not making for what you’d call the traditional travel destinations, generally speaking, the types of accommodation options available are those which seem to be targeted to business travellers. That’s because most people who seek to be accommodated in such areas are either long-term or permanent residents, students, and of course business travellers who are just in town for a short stay.

The regular accommodation options also then generally appear to be a little bit more expensive than what the typical traveller might be happy with, but there’s a trick to making it a lot more affordable. Basically, you have to chase what can be some characteristically elusive tranquillity in the city. City life is not ordinarily known to offer tranquillity, but finding it will be worth your while.

It’ll be like finding an escape destination that offers just as much value as that which you’d visit in some faraway corner of the world, except with the cost-cutting implications that come with it being a more local escape or just one which is a stone’s throw away from where you live.

Check out the ‘properties for sale’ listings

Seriously, this is a great place to start. Fortunately, in this day and age, this doesn’t mean going down to the local grocery store and checking out the pin-up notice-board for these property listings. You can just check them out online, with the emphasis not falling so much on the “house hunting” itself, but rather on the list of positives highlighted about the listed properties.

The magic word to search for is “quiet.” If properties are described to be in a quiet neighborhood, they’ll inevitably lead you to a quiet area to retreat to on your city break.

Social media travel groups host fellow travellers who are only eager to help, so it won’t be creepy asking someone over such platforms about their local neighbourhood. They might be living there long-term or permanently, but they’ll know all about the short-term accommodation options available and they are best suited to advise on some nuances that never get officially published anywhere.

Rowdy neighbours, noisy teenagers, drunken party gangs, etc. This is how you find out about all of these often unreported aspects of city break accommodation options affecting tranquillity.

Some city break accommodation hosts love exercising discretion when taking in guests, with a common theme being a preference for those guests that aren’t very noisy. Go direct (perhaps over budget booking platforms or agencies), talk to the owner/host and you’ll likely even get the best deal on the price as well. 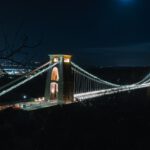 3 key things to remember when planning a vacation in Bristol 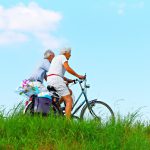 How to Stay Safe While Traveling 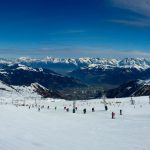